Warning: "continue" targeting switch is equivalent to "break". Did you mean to use "continue 2"? in /homepages/33/d630384008/htdocs/clickandbuilds/IssabellesAppeal/wp-content/plugins/essential-grid/includes/item-skin.class.php on line 1041
 Issabelle – Issabelles Appeal

Issabelle was just four year old when we was told the devastating news that she has stage 4 Neuroblastoma, this meant that she had a 50/50 chance of survival!

Issabelle started treatment straight away, going to theatre to have Broviac lines fitted (known as wiggleys) and a lumber puncture to see if the cancer was in her bone marrow, which sadly it was.

They started her on intense Chemotherapy which lasted for three days and that was given every ten days , this would cause Issabelle to be exstreamly poorly which meant spending most of those 10 days in hospital. This went on for 4 months.

Issabelle then had to have a large amount of Radiotherapy, which meant going every day for two weeks. 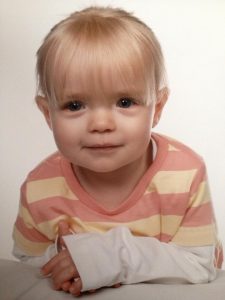 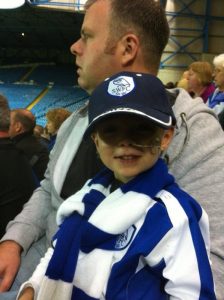 We then went on to have a high dose of Chemotherapy and a Stem Cell transplant which put us into isolation for 6 weeks, Issabelle wasn’t allowed out of her room and no one except us, her parents and her brother, was allowed in. During our stay in isolation, Issabelle had all sorts of side effects including really low blood pressure, resulting in a stay in ICU, a really sore (ulcerated) throat which meant she couldn’t eat anything and having to be fed by her wiggleys.

After this, Issabelle showed great progress and started doing normal things like going back to school for a couple of hours to see her friends and just doing the things any 5 year old child should have been doing.

In October 2010, we was told yet again that Issabelle’s cancer had progressed so more Chemotherapy was needed, but every relapse also meant that her chances would get lower.

After another Chemotherapy regime, we was sent to London to see a specialist at University College Hospital where they offered Issabelle a treatment called MIBG, although it would mean Isabelle would have to be in isolation for up to a month (even from us ) it was our only chance to get her better.

So we all went to London and as heart breaking as it was watching our 5 year old having to look after herself (showering, toileting, dressing and feeding herself), it felt that we had no choice if we wanted our little girl to survive. 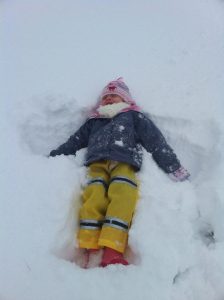 She then went on to develop a lump on her head and a black eye, which we thought it was from a little bump she had a couple of weeks earlier, but after checks at the hospital we was told her cancer had returned and this time there was nothing they could do but for us to take her home and spend the little time she had left together.

We was totally devastated and heartbroken, what was we going to do without our little girl and Benjamin without his little sister? On the 1st of December 2012, Issabelle passed away peacefully in our arms at Bluebell Wood Hospice.